A Year of Prayer: Look at What We’re Praying for 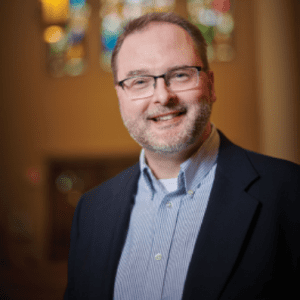 This is the prayer the Diocese of Lansing has composed for all the faithful to pray during the 2019 Year of Prayer. A few lines from the prayer say:  Father, You invite each of us to share in the life and ministry of your Son, Jesus. Send your Holy Spirit to form our parish as a community of missionary disciples. …Lead our parish to grow as an intentional community, committed to go and announce the Gospel of the Lord.

We are praying to be disciples on a mission. Disciples of Jesus are those who sit at the Master’s feet and learn his ways. A disciple is a student. A learner. And once the disciple has learned, that disciple is to be sent out on a mission. Specifically, a mission to go out and announce the Gospel, the Good News of Jesus. We ask God to lead us into growth: internal growth as serious students of Jesus and external growth as we literally expand in size and force.

Our Bishop is asking us to be authentic, to be real Catholic Christians who live out their call and go out into our community and culture to share the power and joy that we experience in Jesus and in His Church. What is an authentic, missionary Church? All we have to do is to look at the Church in the early chapters of Acts; a Church that brings power, grace, worship, giving, and sense of community to their people. A Church where the people don’t stand in a holy huddle and just feed themselves–they go out on a mission to bring others to the table!

Let’s look at the very first description of the new Church in Acts 2:42-47: The first Christians had Apostolic teaching. There was good, solid, eye witness testimony about what they had learned from Jesus. They were taught and formed in the thoughts that echoed from Jesus through the Apostles. The words for catechesis (teaching), catechism (the book) and catechists (teachers) all come from the Greek word that means “to echo.”

There was a tremendous fellowship. Not just loose friendship, but a true trust in knowing others and being known. They referred to each other as brothers and sisters. Pope Francis wrote in “Light of Faith” that it is impossible to believe on our own. “Faith is not simply an individual decision which takes place in the depths of the believer’s heart, nor a completely private relationship…By its very nature, faith is open to the ‘We’ of the Church; it always takes place within her communion.”

They daily broke bread, that’s New Testament code phrase for sharing the Eucharist–they celebrated Mass every day. From the very beginning, the Eucharist has been the source and summit of our Catholic belief! Imagine gathering in true fellowship with your closest friends every day and celebrating Mass with Peter, James, John and the Blessed Mother!

The people participated in prayer; both community prayers when they gathered for the Jewish Liturgy and the new Mass as well as private personal prayer. There was an amazing sense of awe and wonder, what the Bible often calls “fear of the Lord.” That’s not fear as in “I’m afraid! I’m frightened!” But fear as in respect and being overcome by how awesome the Lord has been. They were still awestruck by the miracles from the day of Pentecost when the Holy Spirit descended upon them, they spoke in various languages, they were infused with courage and wisdom.

I love the fact that they continued to experience wonders and signs. That is the term used by the Old and New Testament to describe miracles of healing, miracles of nature, unexplainable “coincidences”, visions and amazing conversions. Signs and wonders accompanied the greatest of the Bible leaders: Moses, Elijah, Elisha, Jesus. Those signs and wonders did not end with Jesus: Peter, Paul and the early disciples also performed wonderous signs. Supernatural events are like the calling card of God, the proof and evidence that he is at work.

The people of this early Church were “together.” There was a unity. They were one. One in belief and in practice. In fact, they “held all things in common.” There was a radical sharing of material resources. They would make sure everyone had their needs met by pooling all that they had.

Even though they were believing in Christ and celebrating an early form of the Mass, they were still Jewish and attended the temple every day. They shared in public prayer and worship. One of my favorite things about these first Christians is that they had “glad and generous hearts.”  They were notably filled with exultation and joy; they had so much gratitude they could not keep it to themselves. (Exultation, with a U, means to rejoice and celebrate. Think of “YOU” exult with joy.)

There was also exaltation of the Trinity and especially Christ as they praised God. (Exaltation, with an A, is to raise up, honor, glorify or elevate. Think of “ALTITUDE” when you raise up to exalt.) Praise and worship is the defining outward expression of Christians; whether it be in words, prayer, music, liturgy, and in all we do.

And the Lord added to their number; there was growth, fruitfulness, expansion. Acts Chapter 1 gives us the detail that there were 120 disciples who were praying after the Ascension of Jesus. Then Scripture tells us that on the day of Pentecost (the feast of the harvest), 3,000 Jews became believers (Acts Chapter 2). Shortly after, we see their numbers had grown to 5,000. This is spiritual multiplication; the result of being missionary disciples!

We have that great history to look back on to see how our parish of today can be intentional about discipleship, and how do we deliberately share the Good News. What a great blueprint for those on a mission!