Faith Stories are an important part of evangelization!  Below, a number of our staff members share their stories, their journeys drawing closer to Christ.  (Look for more coming soon!)

We invite you to think about your own faith journey.  Can you tell someone in 5 minutes or less what life was like for you before you encountered the Lord, when and how you came to know the Lord/draw closer to Him, and what life has been like since?  Your testimonial is a powerful tool in sharing the Good News with others!

“What’s your story?” is a question I often ask other people. I love stories—I studied English literature in college, and one of the reasons I love studying the Bible with people now is my love for good narratives. And we all have stories—we all began, did something, and have at least ended up here, reading the St. John the Evangelist bulletin. That story is one where we are the main character, the hero, as it were. That’s the version I usually get when I ask for someone’s story. There’s another story, though. It’s God’s story of our lives, and in that story, He is the main character…Continue

I grew up in a small town in Connecticut, just outside of New Haven. In 2010, my dad got a new job in Ann Arbor and I’ve lived in that area ever since, except for a brief period when I lived in South Korea and my first two years of college when I attended Ave Maria University in Florida. I have seven siblings–two brothers, five sisters–and I’m number four of the eight. I graduated from Fr. Gabriel Richard High School in 2014 and Eastern Michigan University in 2018. Growing up Catholic in Connecticut, I attended Church every Sunday, participated in youth groups, and went through the motions believing it made me a “good Catholic.” I never realized that there was more and that God wanted to give me more…Continue

My faith story started back in the early 1960’s when I was born in the city of Escanaba in Michigan’s beautiful Upper Peninsula. I was so very fortunate to be born to Catholic parents and to grow up in a large Catholic family. The Escanaba area was a community strong in the Catholic faith, so growing up there with my family made a perfect combination for future spiritual growth. I have been very fortunate and blessed to have known God my whole life. There hasn’t been a time where I didn’t know Him. He has always been with me, and I’m so grateful. I thank him every chance I get and pray He gives me strength to live out each day. The cup of faith which has been given to me has been the tranquility in my life. However, there have been times that the cup has been low and needed a refill of faith…Continue

Lately our staff has been sharing our faith stories and it’s been a joy to read some of them already. I love how the Lord is such a creative Author that He can write such different stories among us all. They reveal who we are in such a way that is very powerful and has the potential to change those around them. I know this to be true firsthand. My story starts out simply. I was born into a large Catholic family, with 5 sisters and 3 brothers. My mom homeschooled us all and both my parents raised us to know the faith, even at young ages. To be honest, I can’t remember a time when I didn’t know who Jesus was…Continued

The first memory I have of God was when I was five, my older sister told me that God was stronger than Superman. I couldn’t believe this! “Is he even stronger than Under Dog?” “Yup, even stronger than Under Dog.” Wow! God revealed the mystery of his might through my sister. My Grandfather was a Baptist minister, pastoring a little one story white brick church on Dettman Road in Michigan Center. My second God-memory is of Grandpa preaching about the lost sheep. I had a distinct image that in heaven, we would all be turned into sheep and that God was going to be a Shepherd. My parents attended church sporadically through the years, and somehow God sneaked in a few foundational Bible truths through my Grandparents. In middle school, one day a brief thought entered my mind that if I were gone, no one would notice or care. I remember a deep abiding peace as God profoundly assured me that there was purpose and meaning to my life. I held fast to that deep, gut truth, even though I didn’t understand it…Continued

If I only had 30 seconds to share my faith story, here’s what I’d say: I was born a “cradle Catholic,” and when I hit my mid-40’s or so, Jesus started inviting me in varied ways to “get out of the cradle” and learn to “walk” and “talk” with Him and for Him…to truly enter into a deeper relationship with Him. Even today, though I find He still has to coax me here and there, “Come on, another step, another step…”, I have also found joy and hope in those toddling steps, and I know the Lord’s invitation is real! This is what’s called an “elevator speech, in this case, a basic, stream-lined version of one’s faith journey. If you only had a short amount of time to share with someone the “reason for your hope,” what would you say? What was life like before you encountered and engaged with the Lord? What was that experience that brought you closer? How did your life change or look different afterward? An elevator speech takes your “faith journey” down to the basics, but to get there, it really helps to think about the full “story.”…Continued 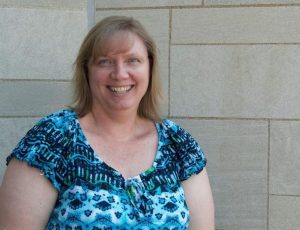 My dad is an atheist and my mom was a fallen-away Catholic. Sadly, the early part of my story is not as unusual as I used to think. My mom had me Baptized when I was a toddler because that’s what you do with children and she had been Baptized in the Catholic Church. We never actually went to church. When it came time to attend school, my parents sent me to a Catholic school because they wanted me to have a good education. We still never went to church. My class got ready for First Communion in 2nd grade and so did I, followed by Reconciliation in 4th grade (a little backward but that’s how it was then), then Confirmation in the 7th grade. I prepared in school and received all of these sacraments with my classmates, all without ever stepping foot in a church on Sundays. There was no faith life at all in my home. We didn’t pray and if we discussed God, Jesus, or Scripture, it was only from a secular perspective with very negative connotations. I saw no example in my family, immediate or extended, of a person of faith. Despite all of that, I don’t recall a time when I did not believe in God…Continue 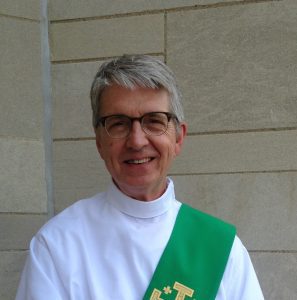 Somebody once said to me, “If I could read your mind, it would be a short story.” So, when I was asked to write my faith story, I realized that at least my life is a long, long story. Following our German family tradition, I was baptized and confirmed in the Lutheran Church. However, our attendance was irregular, and frankly, church wasn’t very important to me at all. I was much more influenced by the 1960’s pop culture. As an eighth-grader, I vividly recall the ‘invasion’ of the Beatles. Whether it was because of the electrifying music, or the way countless, enraptured girls fainted at their feet, I went straight out and bought a guitar. It wasn’t difficult to find a few like-minded guys, and we formed a band. We became pretty good and were one of the more popular rock bands in the Kalamazoo area at the time…Continue