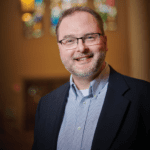 ulgences?  Really? Do We Still Teach That?

Bishop Boyea is officially granting a plenary indulgence to those who attend the big Diocesan Assembly. Few things in Catholicism are more misunderstood or more divisive than indulgences. If we read the Catechism, paragraphs 1471-1474, there is a definition. An indulgence is “a remission of the temporal punishment due to sin, the guilt of which has been forgiven.” Clear as mud, right?!

The English word indulgence (Latin indulgentia, from indulgeo, “to be kind or tender”) has come to mean “the act of indulging” which is the act of allowing ourselves to enjoy great pleasure in something; treating ourselves to something abundant. It’s usually considered selfish. It can also be the act of becoming involved in an activity (typically one that is disapproved of). For our definition in the Church, think of an indulgence as when someone greatly enjoys the pleasure of HOLINESS. Or better yet, think that GOD INDULGES US with His love and mercy!

An indulgence is NOT forgiveness of sin. The guilt of any mortal sin must have already been forgiven in the Sacrament of Reconciliation. So it presupposes a good confession. It IS the “remission of temporal punishment due to sin.” The word temporal can mean worldly, secular, or it can relate to time; especially in the sense of temporary. So it’s dealing with the temporary, worldly effect of sin after forgiveness has already been granted.

What are these temporal effects of sin? The “temporal punishment” is not some arbitrary angry reaction from God, but the real effects sin has on our soul. Dr. Scott Hahn in a radio interview said this would be things that happen in our will and our soul because we sin. Even though we are forgiven, we still have undue attachments to the created world: habits and vice and addictions. Thoughts and desires, and often our willpower, are weakened. The spiritual muscles are out of shape. Fr. Thomas Dubay defines attachments as clinging to things less than God for their own sake or seeking something finite for its own sake. St. Ignatius has passed on much to us about breaking our unhealthy attachments.

Sin causes a lot of bad, but good is a greater power. This is where indulgences come in. They are simply acts of holiness that help to reverse undue attachments, habits, vices, addictions, desires, and thoughts. They are acts of virtue. Good works of love.

Prayers, reading scripture, adoring Christ, performing the works of mercy, going on pilgrimage… all of these are indulgences. They are little steps of good works that enlarge our hearts and help us to be more and more like Jesus. And we become attached more and more to Jesus, breaking our attachments to things of the world. They do not EARN heaven. They do not BUY our salvation; rather, they are the good works we do BECAUSE we belong to the heavenly kingdom.

Let’s use an analogy of a cancerous tumor; this is like sin. The cancer is removed in surgery; that is like Confession. The cancer/sin is gone but there is still a painful wound, there are still stitches; that is like the temporal punishment. The wound needs medication and time to heal, and the stitches need to be pulled out; that is like the indulgence.

Plenary means total, complete, all. So it is the total indulgence of God’s mercy! A partial indulgence releases only a certain portion of our woundedness, and offers some healing.

But this is not a simple “wave of the magic wand.” To receive a plenary indulgence is a big deal. The person needs to have a complete Confession, receive Holy Communion, perform the acts of charity or prayers prescribed (by a bishop), and (here’s the kicker) be free from ALL attachment to ALL sin (including venial sin, all desires, all fond memories, everything must be released)! It means a total healing.

Jesus gave Peter and the Apostles the keys to the kingdom, that is, the authority to bind and loose. The Pope has authority to grant indulgences to any and all of the faithful, and Bishops have certain limited authority.

One common misconception is that indulgences grant us a specific number of days “out of Purgatory.” For example, if someone stole money, they could receive an indulgence and get 5 years off from Purgatory. That has never been officially taught; it has nothing at all to do with Purgatory. It had to do with ancient penitential discipline in the church. In earlier days of the Church, perhaps a repentant thief would be removed from the Communion Table for five years; so if a plenary indulgence was given, and all the steps of holiness taken, the thief would be totally forgiven and allowed back into the community. Five years would be taken off the penitential time away from the Church. Today, a number of days are not associated with indulgences. They are either plenary or partial.

Indulgences were practiced centuries before money-related abuses appeared. In 1567 Pope Pius V made it clear there were to never again be fees or other financial transactions involved.  Pope Paul VI issued a revision of the handbook of indulgences (Enchiridion of Indulgences is the formal name, found on the Vatican, EWTN, and other websites).

So, yes, we still teach it. And with a little digging, it makes a lot of sense!