The Biggest Lie in the History of Christianity 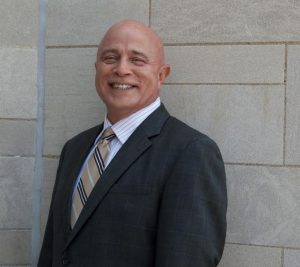 On August 15, 2018, the latest book by Matthew Kelly will be available to the general population.  It is titled The Biggest Lie in the History of Christianity, and because we have had a relationship with his organization, Dynamic Catholic, for quite some time, we were privileged to have the opportunity to preview a copy of the book.

This, in my opinion, is his best.  It is 114 pages of an easy read, and up until page 77, it is a very good book.  Then, Mr. Kelly stomps on the accelerator and produces the most compelling writing that I have yet seen from him.

We are going to purchase paperback copies at an incredibly low price and make them available to you.  Here is a taste to whet your appetite (reprinted with permission):

Once upon a time there was a very successful business owner. His company had faithfully served millions of customers for many years. But lately business had not been so good, and his competitors were just waiting for him to fail. For months the man pondered the crisis, but the problems were so complex, and solutions seemed nowhere to be found.

Everyone was wondering what would happen to this great company, so finally the businessman announced that he was hosting a dinner for all of his employees; he would unveil a plan that would save the company and return it to its former glory. He wanted to convey to them how important each person was to the future success of the organization.

The morning of the dinner, he was sitting in his study at home working on his speech, when his wife came in and asked if he would mind watching their son for a few hours while she ran some errands. He was about to say, “I really need to focus on finishing my speech,” but something caught his tongue and he found himself agreeing, if reluctantly.

His wife had only been gone about ten minutes when there was a knock on the study door, and there appeared his seven-year-old son. “Dad, I’m bored!” he exclaimed. The father spent the next couple of hours trying to amuse his son while also trying to finish his speech. Finally he realized that if he could not find some way to entertain his child, he was never going to get his speech finished in time.

Picking up a magazine, he thumbed through the pages until he came to a large, brightly colored map of the world. He ripped the picture into dozens of pieces and led his son into the living room. Then, tossing the pieces all over the floor, he announced, “Son, if you can put the map of the world back together, I will give you twenty dollars.”

The boy immediately began gathering the pieces. He was keen to earn the extra money, as he needed just twenty more dollars to buy a toy he had been saving for since his last birthday. The father returned to his study, thinking he had just bought himself a couple of hours to finish working on his speech, because he knew his seven-year-old son had no idea what a map of the world looked like.

But five minutes later, just as he was settling into his speech, there was another knock on the study door. There stood the young boy holding the completed map of the world.

The father said in amazement, “How did you finish it so quickly?”

The boy smiled and said, “You know, Dad, I had no idea what the map of the world looked like, but as I was picking up the pieces, I noticed that on the back there was a picture of a man.” The father smiled, and the boy continued. “So, I put a sheet of paper down, and I put the picture of the man together, because I knew what the man looked like. I placed another sheet of paper on top, then holding them tightly I turned them both over.” He smiled again and exclaimed, “I figured, if I got the man right, the world would be right.”

The man handed his son twenty dollars. “And you’ve given me my speech for tonight. If you get the man right, you get the world right.”

Kelly then continues, “Transforming people one at a time is at the heart of God’s plan for the world. It is also essential to developing dynamic marriages, loving families, vibrant Christian communities, thriving businesses and economies, and extraordinary schools and nations. If you get the man right (or the woman, of course), you get the world right.

Every time you become a-better-version-of-yourself, the consequences of your transformation echo throughout your family, friends, business, school, neighborhood, church, marriage, nation, and beyond to people and places in the future. It is God who does the transforming, but only to the extent that we cooperate. God’s grace is constant, never lacking. So our cooperation with God’s desire to transform us is essential; it is the variable. Are you willing to let God transform you?

If you get the man or woman right, you get the world right. Such a simple message—yet we seem constantly obsessed with things we have no influence over, rather than focusing on where we can have most impact, which is with our own thoughts, words, and actions. It is our own thoughts, words, and actions that are at the epicenter of our circle of influence. The further we get away from them, worrying about what other people are thinking and saying or doing, the weaker our influence and impact becomes. Focus on affecting what you can affect and you will have the most effect. It all starts with you.”

I left out the parts that were most powerful to me.  Look for this book that answers in a practical way how we can deal with the very real challenges that we all face…and what Kelly believes to be the “biggest lie in the history of Christianity” that sometimes holds us back from being the man or woman we were meant to be.