What is an Antiphon? 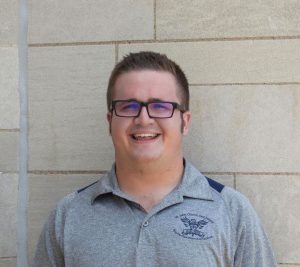 From our Director of Music Ministry, Dominic Kryst…

You have probably noticed that we have been chanting the Entrance and Communion Antiphons at each Mass. At some Masses during Communion, we have been singing the antiphon in its entirety, including the psalm verses, before singing the Communion Hymn. But why are we doing this? The answer is simple: it is the way that we are instructed to do it by the GIRM, or General Instruction of the Roman Missal, which is the official resource for how to properly execute the Roman Rite of the Mass.

But, let’s backup just a little bit and talk about two different types of elements in the Mass. There are 1) the Mass Ordinary and 2) the Mass Propers. The Ordinary would be things that remain unchanged each and every week. It would include the Kyrie, Gloria, Creed, Sanctus (Holy Holy), Memorial Acclamation, and Agnus Dei (Lamb of God). In all of these prayers, none of the text changes from week to week. Every time we attend Mass, we can count on the words to each one of those prayers to be the same as the week or day before.

So, what is an antiphon? The short answer is that an antiphon is another psalm that is selected for that specific day to go along with the readings for the Mass of the day. It is a tool, given to us in sacred scripture, that helps us to better understand the readings for that Mass. These texts are arranged into verses and refrains, just like the Responsorial Psalm, but they are referred to as “antiphons” because traditionally, they were sung by multiple choirs. Usually one choir would be at the front of the church and sing the refrain, while another choir would be in the rear and chant the verses, creating a back and forth “call and response” or “antiphonal” effect. The antiphons were adopted from Hebrew worship and were introduced into Western civilization by St. Ambrose in the 4th Century.

You may ask what are we instructed by the church to do with the antiphons? The GIRM states that:

The first 3 preferences outlined in the Roman Missal are antiphons and psalms. As seen in option number 4, we can use “another liturgical chant”  which can be one of the many beautiful hymns of the church. Option number 4 became so popular after the Second Vatican Council that we forgot about the first three options, which was never the intent! So to restore some balance, we are chanting the antiphons because they are directly tied to the readings of the day, and there is not always a hymn that has the same specific scriptural root.

Antiphons are traditional, beautiful, and backed by the instructions of the church. We invite you to join in singing as our “antiphonal” choir, singing the refrains for the antiphons of the day, which are found in the Pew Missal along with the readings for the day.

“Give peace, O Lord, to those who wait for you, that your prophets be found true.  Hear the prayers of your servant, and of your people Israel.”

“How precious is your mercy, O God!  The children of men seek shelter in the shadow of your wings.”